Reasons to Install Ducted Air Conditioning in a Home 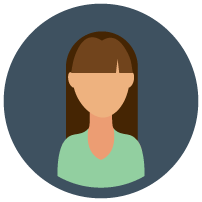 Hello, I am Heidi, and this is my blog devoted to HVAC issues, repair, troubleshooting, maintenance tips and more. Before you dive into my posts, let me introduce myself. I am a mum of three kids and married to an amazing husband. I used to work in the HVAC industry, but now I spend most of my time working as an editor from my house. I needed something that offered the flexibility of staying at home with my little ones, but I miss the hands-on nature of HVAC work. In this blog, I plan to post on a variety of HVAC related topics. If you have questions or concerns, I hope these posts help you.

Reasons to Install Ducted Air Conditioning in a Home

The set-up of a ducted system is unobtrusive, and it won't interrupt your home's decor. The operating unit is stored inside the roof cavity or outside and is well out of sight. The only air conditioning evidence you'll see from inside is the discrete vents that allow the airflow.

On the other hand, split systems require bulky wall-mounted indoor components that take up room space. A single air conditioner will have an outdoor compressor/condenser unit and an indoor evaporator component. A multi-system will have several indoor units attached to one outdoor element. Regardless of which split-system you install, you'll have to deal with the chunky indoor section. Conversely, with a ducted system, the vents are flush with the ceiling or floor, rather than protruding.

With ceiling-located air vents, you'll create better air distribution within a room. The reason for this lies with the tendency of hot air to naturally rise and collect around the ceiling. If you blow cold air from a wall outlet near the floor, then the air in the room won't move around much as the cold air will hang around the floor. However, if you blow cold air from the ceiling, it will naturally drop to the floor as the hotter air rises to displace it. Consequently, the airflow distribution around the room will be freer, and the space overall will be more evenly cooled with ducted air conditioning that uses ceiling vents.

A ducted system can effectively cool the entire home, as the pipe network can be set up to travel to whatever rooms you want to cool. To include the whole house, the ductwork simply needs to connect all rooms. Other air conditioners, though, require more components to cover more places. For example, you have to laboriously install an added indoor part for every room you want to cool with a multi-split system rather than extend the ducts and install a ceiling vent. Typically, split systems cool sections of a home and not every single room in any case. For a large home, in particular, a ducted system will provide a more streamlined option.